Ryan Callahan was born on April 1st 1986. On April 2nd, 1986, we learned that he had Down syndrome. For the next 31 years until his passing on January 20th, 2018 he was the light of our lives, but he had the most stubborn soul. He was our gentle giant who always had a ready smile and a wave. While Ryan had very limited verbal language, he managed to get his point across effectively….usually. As far as he was concerned he was communicating clearly, we all had a hearing problem. His sense of humor was all his own. Despite his disabilities, his ability to understand and use sarcasm was unparalleled. He could tease and aggravate with the best of them.

For the life of me, I could never figure out how he didn’t have the skills to take out the garbage, but could figure out how to open facebook on a smartphone and find pictures of himself and his friends. As any parent of a child with a disability I worried that he would be left out and have no friends.  I realize now that was a waste of good worrying. When Ryan was seven he started to play Little League Challenger T-Ball. Shortly after, he got involved with Special Olympics. Over the 25+ years that he was involved with Special Olympics he played unified T-Ball, did Soccer skills and Tennis skills transitioning on to Track, Volleyball, Basketball, Bowling in the winter and Summer Fun League, Powerlifting and Golf. He had a sport every season with some seasons overlapping. In the last few years he started to go the HAC Fitness Fridays working out every Friday at the Hockessin Athletic Center. Most recently he took up boxing which was offered by the Delaware Down Syndrome Association. He loved them all, but I think his favorites were Bowling and Boxing. Ryan had a habit of standing on the outside and waiting for someone to invite him to join in. I would get frustrated and we had many a talk after practice on the way home about how he needed to stop doing that. That was a one sided conversation as Ryan had his own plan.

Our family has always been a bowling family and Ryan was raised watching both his parents, and then later his two brothers bowl at various bowling alleys in the area. While he had limited vocabulary, he always made friends at the alley especially with the ladies at the snack bar who made sure he had all the soda he could drink. When it came time to make the memorial arrangements, we knew that we would have to have an evening viewing because of the volume of people that he knew from Special Olympics, the bowling community, and Easter Seals where he attended the day program. We had no idea how many people would come!

My husband and sons were and still are blown away and overwhelmed with the outpouring of love and support for our family. I had no idea how many people he had touched in his short life. The stories people share with us about him have been such a comfort. While our hearts are broken at his passing, we will take the lessons he has taught us and carry on. Love deeply; never take yourself too seriously, and most importantly never ever lose your sense of humor! 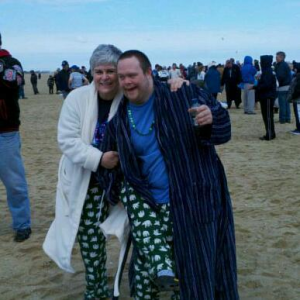 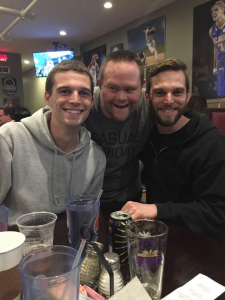 About the Author: Connie lives in Newark, Delaware with her husband. Together, they had three sons. Connie and her husband are avid bowlers!