21 Stories for WDSD- The Diagnosis

It was Spring of 1969. I was a third year medical student doing a Pediatrics rotation. For 1/2day a week I was assigned to shadow a private pediatrician whose office was West Side of mid- town Manhattan. His practice was almost exclusively upper middle class and upper class New York children. (He helped out each month –unpaid- at the “clinic” for underinsured children at the pediatrics service at the hospital).

We entered the room and the Pediatrician, without any introductions said in a forceful voice to the mother that her baby had “Mongolism” and arrangements were being made for placement. He turned and left the room as I tagged along behind him.  The new mother sat up in bed and stared across the room.

I learned that later that day mother told the nurses that there was to be no  placement, that her son was going home with her to be an important family member and to be a cool little brother to his 4 year old sister, and, by the way, to have a new Pediatrician.

The Pediatrician the next week asked me if I learned anything. I said I had but left it at that. I was too shy and not assertive enough (which was how medical school operated) to tell him what I had learned, which was: how NOT to give a family important news; that congratulations were in order for all new parents; that parents deserve prompt and thoughtful information and support; and that parents are almost always the best decision makers  for their children; and that all of their children are special.

About the Author: “Dr. B” as so many of our families call him has given at this point probably hundred of Down syndrome diagnoses to new families. He has been described as a beacon of light to fearful parents. We are thankful that Dr. B is one of the two awesome doctors who working within the Adult Down Syndrome Clinic in Delaware. Dr. B helped change the perceptions of his colleagues and comfort numerous families- we are forever thankful for this influence. You might catch Dr. B participating in Run for the Buds- he is an avid runner! 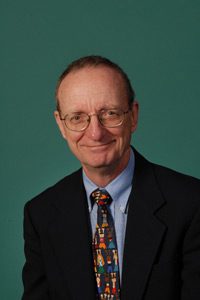 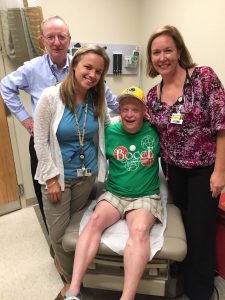 Louis E. Bartoshesky, M.D., MPH retired as Chair of Pediatrics on January 1, 2014. Dr. Bartoshesky continues to serve as a member of Christiana Care Health System’s Medical-Dental Staff. In this role, he practices pediatrics with a sub-specialty in clinical genetics. He is also medical director of genetics and newborn screening for the Delaware Division of Public Health. A native Delawarean, Dr. Bartoshesky was born at what is now Wilmington Hospital. He earned his medical degree in 1970 from Weill Medical College of Cornell University in New York. He received a master’s degree in public health in 1974 from the Harvard School of Public Health in Boston. Over the next three years, he completed his residency in pediatrics and his fellowship in clinical genetics at the Boston Floating Hospital for Children, part of Tufts-New England Medical Center in Boston.

After completing his post-graduate training, Dr. Bartoshesky stayed on at Floating Hospital as a staff pediatrician and clinical geneticist until 1986. During his time in Boston he also worked as a consultant in clinical genetics at hospitals around Massachusetts. He returned to his hometown of Wilmington in 1986 to join the staff at the Medical Center of Delaware, which later became part of Christiana Care. He worked for the health system full-time from 1989 to 2000, when he left to practice pediatric clinical genetics at Nemours A.I. duPont Hospital for Children. He returned to Christiana Care as Chair of Pediatrics in 2007.

Dr. Bartoshesky also is an experienced teacher of pediatric medicine. He was an assistant professor in the field at Tufts University School of Medicine from 1978 to 1986. Since 2006, he has been Professor of Pediatrics at Jefferson Medical College of Thomas Jefferson University in Philadelphia. He also has continued his own education, earning a master’s degree in liberal studies from University of Delaware in 2006.

The long list of awards that Dr. Bartoshesky has received throughout his career includes the Sydney S. Gellis Teaching Award from residents at the Floating Hospital and the Jefferson Award from the American Institute for Public Service. The Floating Hospital also has an award given each year to an attending physician in his name.

He and his wife, Patricia, have two grown daughters.