Dave and his wife, Jeanne, live in Wilmington. They are the proud parents of Kathryn, Jonathan, and Jason (Ds). Their family has been active with the DSA since J’s birth. Dave is the current President of the DSA of Delaware and has held previous board positions over the years, Vice President 2015 and 2016 and Secretary from 1998 to 2007. Dave works full time for Bank of America as an SVP of Statement Marketing Operations. In his spare time, he works on the board of his local civic association and supports other civic priorities and is looking forward to his continued work with the Board and rest of the community and the organization to promote all of the DSA of DE’s important initiatives now and in the future. 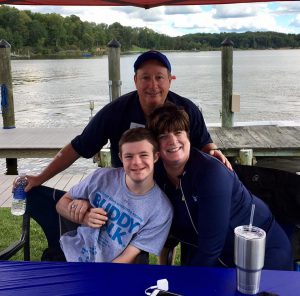 Shelvia lives in Wilmington with her two wonderful sons, Solomon and Stuart III (Ds).   Shelvia is a native of Virginia.  Since moving to Delaware in 2003, she has established herself as an advocate, teacher, and mentor of children with special needs. Shelvia earned a Bachelor of Science in Music from Virginia State University and has utilized her expertise to teach children of all ages and learning needs to love and appreciate music. Shelvia is currently working on her masters in Special Education with a concentration in Autism and moderate to severe disabilities. 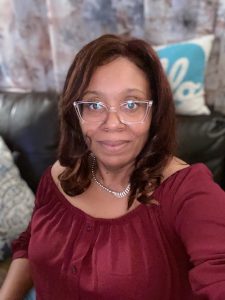 Ted and his wife Krista joined the Down Syndrome Association of Delaware in 2014. Ted became the organization’s treasurer in 2018. Professionally, Ted is a Certified Financial Planner (TM). He and Krista live in North Wilmington with their sons, Sam and Nate (Ds). 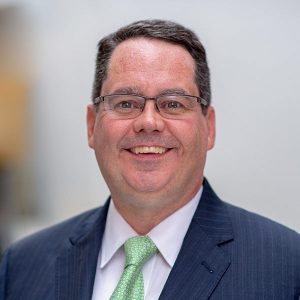 Cameron lives in Middletown with his wife and their two sons. Their oldest son Landen (5yo) was born with Down syndrome and has changed their lives in the best possible way from day 1. Their youngest son Carson (3yo) is their wild child, risk taker, and wildly intelligent. They are both the best of friends. Professionally, He is a fraud agent with BofA and his wife Megan is a high school math teacher for Bo Manor HS. They have been involved with the DE DSA since 2016 and he became the DADS Coordinator in 2020. They love to travel and exploring new adventures with their boys. 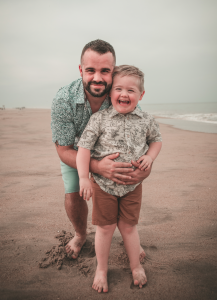 Rachel is a self advocate who lives at home with her parents in Wilmington Delaware.  She graduated from Newark High School in 2013 and the Network Program in 2015.  While at Newark High, Rachel received two varsity letters for cheerleading during Basketball season.  Rachel was a member of YAC with Special Olympics of Delaware and completed the Toast Masters Class.  Rachel has been an active Down Syndrome Association Board member for over 5 years and is the coordinator of the Friendship club, organizing monthly social events for young adults with disabilities and sending out monthly Birthday Cards.  Rachel was crowned Delaware’s Miss Amazing 2016 and went on to compete in the National Miss Amazing Pageant in Chicago.  Rachel is actively involved with Special Olympics of Delaware, Bella Dance Center and Totally Awesome Players.  Currently Rachel is volunteering at the Christiania Early Education Center and works two jobs, at a Law Office and the Down Syndrome Clinic at AI DuPont. 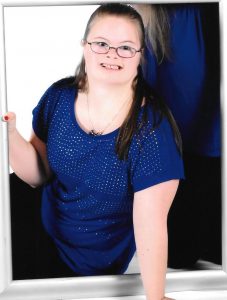 Laura is 38 years old and has lived in Middletown with her parents since 2001.  She is the oldest of 3 children and an aunt.  Shortly after graduating from Middletown High School, Laura found employment as a baker with Waggies by Maggie and Friends (a dog biscuit company) and Bob Evans restaurant as an assistant to the servers.  She is still employed by Waggies.  In her free time, Laura enjoys many activities.  She plays bocce, bowls, golfs and cycles with Special Olympics where she also serves on the Athlete Leadership Team.  Laura loves taking dance lessons, acting with Totally Awesome Players and The Improvaneers, and participating in all the DSA activities such as yoga, cooking, Bingo, dances and fundraisers.  In addition to being a camp counselor for DSA’s Days of Summer Camp, she loves to attend Easter Seals Camp Fairlee every summer as a camper.  Laura is a “party girl” who looks forward to birthday celebrations and social outings with her friends. 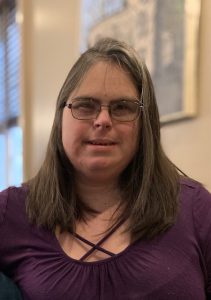 Marcus Alexander was born and raised in Newark Delaware. He met his wife Jasalyn in high school and have been married 14+ years. They have 3 sons Cayden 11, Maddex 9 (Ds), and Noah 4. As a graduate from Wilmington University, he was a middle school math teacher for 6 years after he moved into corporate America which led him to his current role with IFS Benefits as an employee Benefits Consultant. In his free time he enjoys spending time with his family, watching his kids in whatever sport they are currently playing, and playing golf. 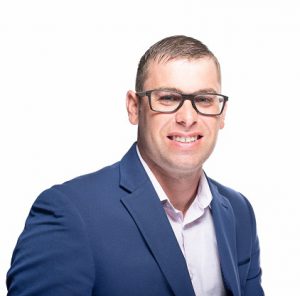 Johnathan and his wife, Taryn, knew they wanted to be active members within the Down syndrome community the moment they learned they were having a child with Down syndrome. In November 2019 they welcomed their third child, Amari, into the world knowing they were not alone in their journey. Three months later, they attended the 2020 Welcome New Families event, and it was at this meeting that Johnathan had a chance to learn even more about this amazing community and the future of the organization.

Just a few months later, Johnathan found himself partnering with fellow member, Cameron, to relaunch the DADS group with ideas of fellowship, food, and fantasy football. He then started sitting in on meetings, sharing insight, and offering suggestions—like Breakfast with Santa, in order to help engage families. Before long, it seemed like a natural fit for Johnathan to become a more official member of the board. Johnathan brings a wealth of knowledge into the DS organization. He has project management, business management, and finance experience, leadership expertise, and is passionate about issues of diversity, equity, and inclusion. 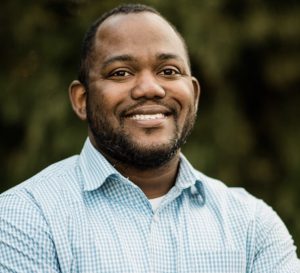 Gail Hamblin lives in Dover, Delaware.  She has an earned Master’s in Applied Educational Technology from Wilmington University, a Bachelor’s in Early Childhood Education and Care from Wilmington University, and an Associate’s in Early Childhood Education from Delaware Technical & Community College.   She is a mother to three, Natalie, Calvin (Ds) and Aurora. Gail currently works as an Assistive Technology Manager.  Her passion for teaching, advocacy, and young children inspired her to write her first children’s book entitled, “More Alike Than Different… A Down Syndrome Awareness Tale“. Gail enjoys advocating for Down syndrome awareness, medical complexities, and overall acceptance. 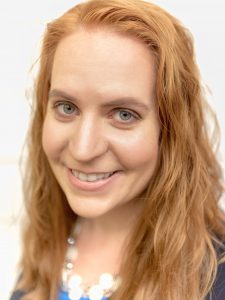 Nat Measley is the founder at YourCultureDesign.com and has worked as a workplace culture consultant for 15+ years. Nat is also an adjunct professor at the University of Delaware’s Horn Program in Entrepreneurship and leads their study abroad programming to Australia. Nat lives in Wilmington, DE with his wife, Kami, who is a licensed clinical social worker at AI Dupont Hospital for Children. 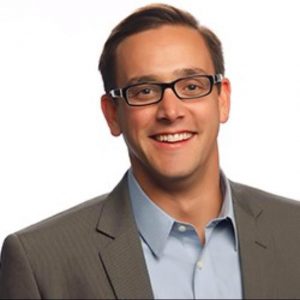 Paul Mitchell was born and raised in Newark, DE. Paul and his wife Markie now reside near Fair Hill in Elkton, MD with their two sons Miles and Cole. They have an infant in their care who they are looking to adopt and hoping he is boy number 3 very soon. Professionally, Paul graduated from University of Delaware and runs a financial planning practice called Precision Wealth Partners where he aims to help individuals and families make good decisions with money. Paul is passionate about his family, his faith, and his community. Paul enjoys playing and following sports and distance running. 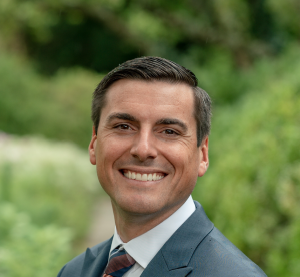 Paul is a Delaware native who grew up in Wilmington. After working on Capitol Hill for Tom Carper during law school, he joined the law practice established by his father, Kevin O’Brien. Their practice focuses on wills, trusts and estate planning, with an emphasis on planning for families who have children with Special Needs. Paul serves many of our families through his practice.

He is married to Juliana Hayman O’Brien and they have two daughters, Rowan and Claire. When he is not working, Paul enjoys hiking and sailing. 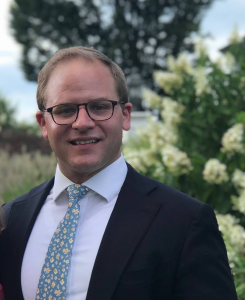 Cindy Olsavsky, CFRE, is the Director of Development for Serviam Girls Academy. Cindy has been a non-profit and fundraising professional for 15 years, having previously served with the Boy Scouts of America. Olsavsky earned her Certified Fundraising Executive (CFRE) designation in 2021 and is a graduate of Queens College, City University of New York with a B.A. in English. Cindy’s passion for advocating for those with disabilities was sparked when her daughter was born with Down syndrome in 2014. Cindy serves as a fundraising and outreach volunteer with the Down Syndrome Association of Delaware. She also helps at St. Stephen’s Food Pantry in Wilmington and leads toy drives for Nemours Children’s Health.

Cindy enjoys her time reading, walking, and being outdoors. Cindy and her husband Adam live in Wilmington, DE with their two kids, Lena (Ds) and Ethan. Cindy and her family can be found exploring local parks, climbing on the playground, or taking in a game. 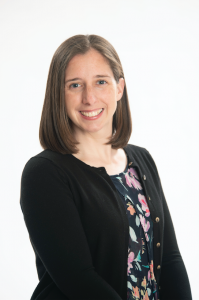 Tara and her husband, Ryan Pickett, reside in Lincoln, DE.  She is mom to Landon (8 years old) and Kenzie (Ds, 6 years old).  Tara currently teaches sixth grade special education.  She has been advocating for Kenzie since her birth in 2013. She is eager to advocate for other children and adults as well.  She has been a member of IEP teams as an educator and as a parent. 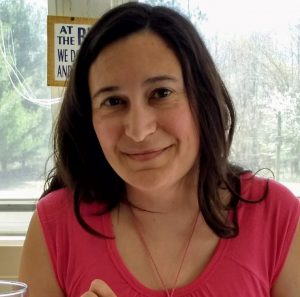 Pam has been married to her husband for 38 years. They have three children and one grandchild. They moved to Delaware in 2006, after her husband retired from the USN. Pam is a retired pre-K teacher for over 25 years, and now is currently working in Christina School District as a paraprofessional at Christina Early Education Center. Pam was very active with the Down Syndrome Association in Hamptons Roads Virginia after her daughter Rachel was born in 1994 and has been very active with the board and Association here in Delaware since 2006. Currently Pam helps Rachel coordinate our virtual and in person Bingo events. 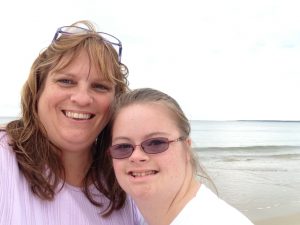